Home / Leadership / Don’t Ask if You Can Trust Them

In Brief:  New bosses often size up their new teams to work out who they can trust.  But searching for people you trust may not be the first thing you should do.  You should start with the opposite question.

Common First Question: Who Can I Trust?

Here’s the scenario.  You’ve just been hired as manager to lead a team of five staff.  The most senior member of your team is Robert.

Three weeks into your new job you discover that Robert was acting in the manager’s position.

Robert kept the ship afloat while they recruited for your position.  You also find that he unsuccessfully applied for your job.

This is a tough situation to find yourself in.  But it’s common in progressive organizations when leaders have the strength to bring in fresh talent.

If you’ve ever found yourself in this situation, you probably have one question.

Can you trust him?

Can you trust him?  That’s the first question a lot of bosses ask.  After all, Robert wanted your job.  Surely, he harbors a grudge against you for knocking him out.  He wanted the promotion, prestige and extra pay.  And he invested his effort running your team while they recruited you, expecting the job was his.  In fact, because of all this, wouldn’t he actively subvert your agenda?  Undermine your authority?  Do anything to make you fail?

I’ve read books and articles addressing this question.  I’ve heard managers and leaders grappling with it.  And no matter how much they work through the question, there seems to be no easy answer.  This doesn’t surprise me.  Because I think that if you’re a good leader, it’s exactly the wrong question to ask. 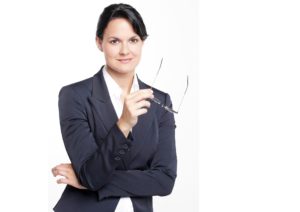 Can he trust you?

Want to be a good leader?  Quit asking if you can trust Robert.  Instead, ask yourself if Robert can trust you?

Trust is one of the essential elements that make up organizational glue.  Along with good communication, it’s one of the cornerstones of phenomenal leadership.

If you want to lead an organization, inspire people or facilitate change, people need to be able to trust you.  And while as a concept, being trustworthy sounds straightforward, it’s very hard to build trust.

And many little, everyday distractions conspire against our best intentions.  In fact, much of today’s corporate life seems to make it worse.  Endless meetings.  Email overload.  Long hours.  Too much travel.

Here are six behaviors you can develop to build trust.  There are many more, but following through on these will help you earn the trust of the staff you serve as leader.  A word of caution, though.  Learning these behaviors will only build trust if you are authentically committed to your staff.

Keep your word: This is about the little stuff that takes place in casual conversations and routine meetings.  As a leader, you will spend much of your time meeting people and talking to them.

Stand by any decisions you make even if they later turn out not to suit you personally.  And don’t forget you made the decisions.  It’s really easy for you to forget what you say.  But guess what?  Your staff won’t forget.

Be transparent:  Transparency was a corporate buzzword a few years ago but it’s still important today.  If people don’t understand how you make decisions and what values drive your work, they’ll be second guessing you and not trust your instincts.  When you’re called to make tough decisions, and they know your values because they’ve heard you talk about them and seen them in action, they’ll be less likely to mistrust your instincts.

Be real and authentic: When you change your mind, explain why.  When you make a mistake – and this is hard – admit it.  Being able to admit you don’t know everything and can’t do everything is a real sign of leadership maturity.  Showing the effort to make up for something that went bad sends a powerful message to your staff.  Avoid trying to be a super boss you saw in a movie and be yourself.

Be consistent:  Nothing makes staff madder than seeing their boss treat other staff differently.  It might be giving an additional privilege or simply sharing an in-joke.  It’s crucial that you be consistent in all your dealings and decisions with all your staff.

Now you’re going to find this tough because there will always be people on your staff who you don’t work well with.  Often, these people will get together to criticize you behind your back.  It’s easy to ignore these folks.

Meanwhile there will be people you work especially well with and it will be tempting to show them favor.  You can’t afford to let these relationships influence your decisions.  Also, if you set up a policy one week, stick to it and don’t change it.  People need to know where they stand.

Talk straight:  As a boss in today’s climate you’re going to be the bearer of bad news.  No way around it.  It could be pay cuts.  Staff cuts.  You may need to discipline some staff.  If you have bad news, don’t sugar-coat or hide it.  People appreciate your honesty.  And they’ll appreciate the hardship you go through, having to share it.

Now that’s not saying the immediate reactions to your news will be pleasant.  But dealing with hard news and conflict is one of the reasons you get the big bucks and the corner office.  Longer term, they will value your honesty and respect you.  Interestingly, immature managers try to avoid conflict and hard news, thinking it’s bad for an organization.  The only bad thing about conflict can be how you handle it.

Listen first:  Amidst all of today’s hype about social media which really talks about getting your message out there, we forget that half of communication is listening.  In fact, I believe listening is the more important part of communication.  Your staff needs to be heard before you talk.

However, let me share a word of caution.  Don’t be cynical and simply plan some “listening sessions”.  You need to do something with what you hear.  When someone suggests an idea, don’t listen and forget it.  Adopt it, schedule or enable it.  If you don’t like the idea, talk straight and explain why you don’t agree and won’t follow though.

Trust is a Critical Component of Leadership

There is no doubt that during the first few months, Robert is going to find it tough to see you as his boss when he really believed he should have the role.  That’s natural.  But when you show him trust, he’ll respond by helping you make a success of your team.