Home / Leadership / Are Your Staff Paid More than You?

In Brief:  It may look like you’re paid more than your staff.  But often that’s only how it looks on paper.  The reality is that many managers work too long.  This undercuts their value.  Plus, they miss out on important recharge time which stops their performance slipping.

Too Much Time in the Office

A manager told me that his wife complained he spent too much time at the office. “What’s your start and finish time?” I asked.

“Generally I get in at about 7am and leave between 6:30 and 7pm.” His wife was right. Twelve hours a day is too long.

“Do your subordinates spend that much time at the office?” I asked.

“Nah, they tend to come in around 8:30 or 9am and leave at 5pm. But I like having the office to myself before they come in. I reckon I get more work done.”

How many times have I heard that argument?

“OK, then,” I started. “I think you’re wife is right. But I’ve got one last question. How do you feel about your subordinates getting paid more than you?”

He looked shocked. “But they aren’t, are they?” 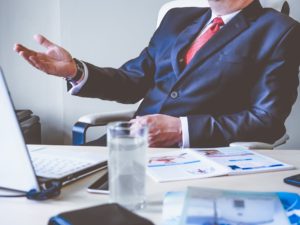 Working long hours is not good. It’s neither profitable in the long term or more importantly, healthy for you or your productivity. It starves you of the time you need at home to rest and recharge your batteries. And it also robs you of your ability to have a healthy work-life balance.

In some work cultures, work/life balance is scoffed at. In fact, many workplaces believe in working long and hard. The irony of this false bravado is that it simply leads to burn-out in the long run, decreased productivity and high turnover.

One of the major problems of overworking is sleep deprivation. Think about it. If you’re getting home at 7:30pm after leaving the office at 6:30pm and leaving for work at 6am, it means you’re waking at 5am and not relaxing in the evening until 8pm or 8:30pm.

That gives you eight and a half hours between settling in your comfy chair for the evening and leaving for work the following morning. How about checking the kids’ homework, feeding the cats, eating dinner and watching CSI?

Sleep deprivation in the long term increases the risk of cardiovascular disease, depression and, yes, obesity. It impairs cognitive function, hinders your memory ability and lowers your immune system. Sleep deprivation is said to cause more than 100,000 motor vehicle accidents a year.

Are any of these things good for your ability to work well and maintain high performance in your career long term? There are also more immediate effects which are all too common in today’s workplace. Sleep deprivation causes mood changes, difficulty focusing, poor memory and a chronic need for caffeine.

If you’re pulling more hours at the office than you should, you’re not only getting paid less than your subordinates. You’re also sleep-walking towards cardiovascular problems, potential depression and obesity.

You’re also becoming more ineffective as a boss and colleague because you’re less focused on your work, struggling against mood changes and acting downright irritably. Yes, this drives your staff crazy.

Today’s workforce is more highly trained and qualified than any previous generation. In the old days, the manager knew everything and made the decisions. Today, subordinates are often more qualified and know more than their bosses.

Failing to tap into their expertise and training undermines your subordinates’ credibility and they lose motivation. Subordinates also feel they aren’t trusted. Without trust you will never get their best work.

There are a lot of reasons managers don’t delegate. I want to share just a few that I see a lot when I work with people. These are the common ones.

Each of these is a topic in itself. And as I’ve written in more detail about them elsewhere, I’ll be brief.

First, some managers just can’t let go. Sarah was a supervising scientist in a laboratory for ten years and was promoted to direct the research facility. Being director meant her job is now to lead the whole facility, not conduct or supervise research.

Her day job now involved worrying about budgets, staffing, building maintenance, funding, politics and more. Not conducting individual research projects. But, like any professional who is promoted into a leadership role, it’s hard to let go of her passion for research and Sarah ended up checking up on the new supervisory scientist.

This made it harder for her replacement because he didn’t feel trusted or respected professionally. Being a manager or leader means managing and not doing your old job.

Some managers simply don’t trust their staff. Sometimes it’s a matter of competence; in which case, managers need to deal with it through performance reviews and improvement actions. Sometimes it’s about credit and dare I say it, ego.

I know one boss in a government publishing organization. He wouldn’t allow any product to be published unless he had read it and it had his name on it. This is despite employing 30 experienced writers.

Needless to say, he was being paid a lot less than his subordinates who weren’t allowed to do their work. They didn’t care about their work because they knew it would be changed anyway.

The office produced fewer reports each year because the boss was a major bottleneck. It also suffered low morale and high turnover which costs organizations a lot of money.

Work at it and communicate

Some managers are simply lazy when it comes to delegation. They leave it to the last minute and fail to properly explain the delegated task or responsibility. The effect of this is that the subordinate is inadvertently set up to fail.

This leads to a big problem which goes beyond delegation in an organization and that’s communication. Not only do some managers poorly explain the task they are delegating, some forget altogether.

“Gee, John, I thought I asked you to crunch the figures for the sales report…” And they assume things were done when they weren’t. You know the old saying, ‘assume makes an “ass” out of “u” and “me.”‘

I’ve seen managers in organizations avoid delegation because they’re simply selfish and egotistical. I knew one government boss who was a senior Grade 15 in his organization. He led twenty professional staff at the grade 12 and 13 level.

A bit like a full bird Colonel attending a conference for Lieutenants. Can you imagine the jokes behind his back both in the office and at the conference in the bars?

You don’t need to keep all the work to yourself. These people can take much of the burden. And it’s likely, because you’re not just sleep deprived but stressed out worrying about budgets, HR and the like, that they have more space in their brains to do a better job than you.

They are the people who can make your life easier and let you get paid the big bucks to take on the responsibility of being a manager, rather than being paid less money to do more work. Most leaders I talk to about these things agree with most of what I’ve just said. But they find it tough to actually put it into action which has required a load of coaching on my part. But they do make it in the end. Here are my tips to help you get started.

First, remember you’re a leader. If you’re a manager, your job is to manage, not do. Sure in smaller organizations managers do pick up some of the work. Just be very clear about what work you’re not going to do and be sure to delegate that out.

Second, surround yourself with people who are good at what they do. Develop them and give them opportunities to do what they do well. Make sure you give them the credit because they’ll want to do more next time and do it better.

Third, be self-disciplined. Always ask yourself, is this really what I need to do or can I delegate it? If there are tasks that you as a manager aren’t great at, find someone on your team who is strong in that area and delegate it to them.

The success of your organization is not down to you but your staff and how you equip, enable and inspire them to produce awesome results.